Objects taken along from home 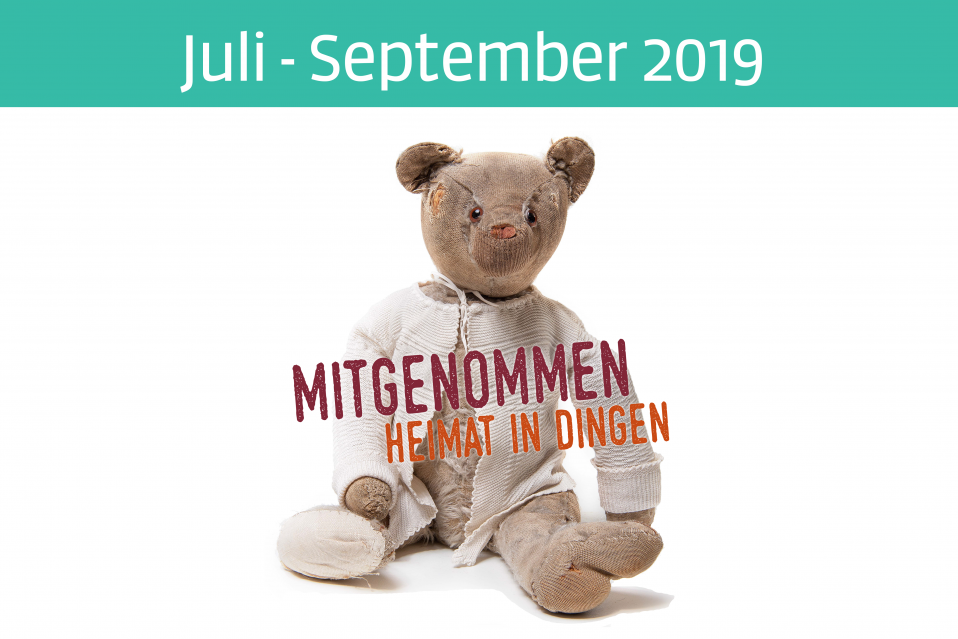 The BADEHAUS staged this exhibition in cooperation with the “Haus des Deutschen Ostens” (House of the German East) to address the flight, expulsion and deportation of Germans from Eastern Europe.

The teddy bear in the rucksack of the little girl from Brünn, the tin plate from the camp in Hungary, a chest from Karlsbad with a double floor, the keys for the “home” in Upper Silesia, the first identification papers – these and many more objects from daily life recall to this day where home was, what flight, expulsion, deportation and camp internment meant, as well as the resettlement and arrival in “the West”. For their owners these objects never lost their high idealistic value.

The exhibition in the BADEHAUS recalls the fateful stories of families in Waldram through the personal belongings they managed to carry along on their flight and as they are taken along to this day by people all over the world threatened by war, violence and persecution.

The exhibition opened on July 21, 2019 in the BADEHAUS with interviews and extracts from films.

Register for Event: Objects taken along from home

Your ticket for: Objects taken along from home

Objects taken along from home